For More Info on Cleveland:

The Rock and Roll Hall of Fame and Museum

Travel + Leisure named Cleveland one of the top 50 best places to visit in 2015, but we at Zinner & Co. know all the great experiences our hometown has to offer warrants much more than just a visit.

Living and working in Cleveland and the surrounding region – one of the nation’s top 20 largest metropolitan areas – not only means having a Great Lake right at your doorstep and the Rock and Roll Hall of Fame and Museum right up the street; it’s the opportunity to witness the rejuvenation of one of the most historical cities in the country.

In recent years, the city has embarked upon a massive, multi-million dollar revitalization campaign to make sure Cleveland’s future is as impressive as its storied past.

Cleveland is home to countless established and up-and-coming , popular arts districts. Whether you’re on the West Side (Ohio City, Tremont, Gordon Square) or the East Side (Coventry Village, Shaker Square, Cedar/Lee), you will be surrounded by the most eclectic shopping, food and music the city has to offer. 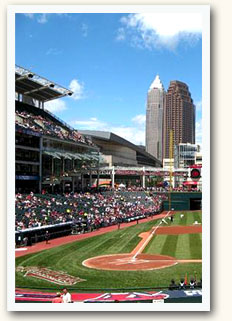 If sports are your thing, all of Cleveland’s major teams are centered right in the heart of downtown. The Browns play on the shore of Lake Erie, while the Professional Football Hall of Fame is situated in nearby Canton.

The Cavaliers and Indians play side-by-side; Quicken Loans Arena and Progressive Field, ranked Sports Illustrated’s “Best Ballpark” by baseball fans, are separated only by Gateway Plaza, home to many performances and fun, outdoor activities during  the summertime.

The area is also home to the AHL’s Lake Erie Monsters, the Cleveland Gladiators of the Arena Football League and various minor league and affiliate teams throughout Northern Ohio. 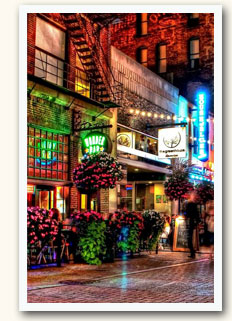 The Cleveland area offers over a dozen microbreweries and fifty wineries. Tourists and residents alike are always amazed at the city’s vast West Side Market, America’s “Best Food Lovers’ Market,” which features over 100 vendors offering everything from fine meats and seafood to baked goods and flowers.

There are also numerous festivals throughout the region’s many eclectic and ethnic neighborhoods, including Murray Hill (Little Italy), the Slavic Village and Asia Town. With enough ethnic diversity to satisfy everyone’s taste buds, the city’s dining options reflect the cultural diversity of Cleveland as a whole.

With all these offerings, it’s no coincidence that Cleveland was ranked #7 on Travel + Leisure’s list of “America’s Best Cities for Foodies.”

Cleveland is anything but short on its offerings of culture and hospitality. Playhouse Square is the largest performance arts center, outside of NYC’s Lincoln Center, in the nation. And Cleveland Play House was dubbed one of the “10 Best Regional Theaters in the U.S.” by Fodor’s.

Cleveland also features the most concentrated square mile of arts and culture institutions in the entire country, University Circle, home of the art and natural history museums, Botanical Gardens, Western Reserve Historical Society and Severance Hall, where one of the “big five” orchestras in the country performs.

And since the city was ranked #4 on the list of “America’s Best Music Scenes,” it is no secret that “Cleveland rocks!” 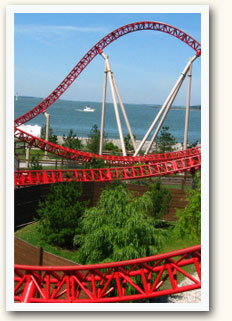 Thrill-seekers can find plenty of excitement at Cedar Point, voted “Best Amusement Park in the World” for the last 16 consecutive years.

This “Roller Coaster Capital of the World” and its many nearby indoor waterparks are only an hour’s drive away.

The Cleveland Horseshoe Casino, based in the historic Higbee’s Department Store right in the heart of Cleveland, became the first full-service gambling facility in the state when it opened in 2012.

Don’t just take our word on how great Cleveland is – national organizations agree. The city was chosen as the home of the 2014 Gay Games and hosted the 2016 Republican National Convention.

For daytime and family-friendly activities, there is an emerald necklace of parks and public spaces that surround the “Forest City,” as well as the Greater Cleveland Aquarium and the world-class Cleveland Metroparks Zoo, home to more than 3,000 animals.

In the evening, the city comes alive with a vibrant nightlife centered in the many clubs and restaurants along E. 4th Street and the Warehouse District. Great Lakes Brewing Co. and the countless start-up breweries throughout the city earned Cleveland the title of “America’s Best Beer City” by Condé Nast Traveler.

Northeast Ohio is picturesque 365 days a year, providing four distinct and vivid seasons. During the summer, there are many white sand beaches along the lakefront for swimming and water-related activities.

Boston Mills/Brandywine Ski Resort features plenty of slopes for skiers and snowboarders of all ages and levels of experience in the snowy winter months.

When you work for Zinner & Co., you'll have all this right among you and your family!