Changes to Filing Due Dates for Business Income Tax Returns

The Highway Act is making changes to our familiar due dates for business income tax returns. To recap current due dates, form 1120 (U.S. Corporation Income Tax Return) is initially due two and a half months after the close of the corporation’s tax year and can be extended for a six month period. 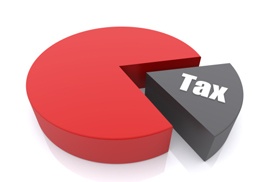 Read more by Barb Theofilos: When Are Severance Payments Made to FICA?

The newly enacted Highway Act is intended to alleviate some of the last minute filing burdens for individuals. Business due dates for tax years beginning after 12/31/15 are changing. This change will begin with 2016 returns, which are due in 2017. The new law changes the due dates as follows:

To recap,  these new due dates will take effect for tax years beginning in 2016. This allows tax practitioners time to update any due date monitoring systems to ensure that the changes to the due dates are properly monitored.

Tax law can be confusing and the changes in filing due dates between business and individual tax returns certainly can add to the confusion. I am ready to help - drop me a note at btheofilos@zinnerco.com or call 216-831-0733 to arrange a no-obligation consultation.