The IRS has begun sending letters to more than 10,000 cryptocurrency holders with a warning that they may have violated federal tax law. 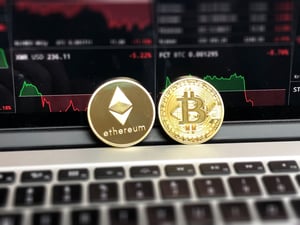 The letters state those who have profited from the trade or use of cryptocurrencies (such as Bitcoin) may be subject to a variety of taxes including capital gains.

The IRS is sending the letters to those they believe have been involved in cryptocurrency transactions. One possible source for the IRS is virtual currency provider Coinbase, who was ordered by a federal court order to turn over data on approximately 13,000 accounts to the tax agency.

Many taxpayers chose not to pay taxes on cryptocurrency gains, because they were led to believe that the currency transactions were difficult to trace, an ostensible trait that made it a favorite for drug dealers and blackmailers who sought anonymity in their dealings.

The IRS is encouraging taxpayers who receive the letter, or have experienced gains in cryptocurrency transactions, to come forward and rectify any past mistakes in reporting cryptocurrency gains.

If you’ve received a letter from the IRS, or have questions about the tax implications of your cryptocurrency gains, contact your Zinner tax expert.