The IRS has announced it will be automatically waiving penalties for over 400,000 taxpayers. The waived penalties apply to those who have already filed their 2018 taxes, but did not file a waiver seeking forgiveness for the under-payment penalty.

In March 2019, the IRS announced it was willing to waive the penalty against individuals who were under withheld or under paid their tax estimate, as long as they were less than 80% under paid (lowered from the 90% threshold previously used to assess the penalty.) The March IRS penalty waiver required the affected taxpayers to file for the waiver, but their latest move saw them grant penalty relief for all who qualify regardless of whether they applied for the waiver or not. 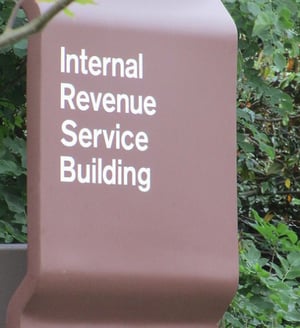 The waiver comes as a result of the Tax Cuts and Jobs Act, the largest change to the tax code in over 30 years, which found many taxpayers owing when they calculated their return. The move to automatically waive the fees was designed to help those who filed their returns prior to the announcement of the waiver.

The IRS stated they will automatically issue CP21 notices and those who have already paid the penalty will receive a refund check. For those who have not already filed, such as those who filed an extension, the IRS encourages you to claim the waiver when you file your return. This can be done by filing the request electronically or completing IRS Form 2210.

The IRS encourages taxpayers to use their recently updated Paycheck Checkup tool to ensure they are properly withheld for the current tax season. Have questions about your income tax withholding or estimated tax payments? For those who are self-employed or file a quarterly tax estimate, you can check your estimated payment calculations via the IRS’s Pay as You Go web page.

If you have questions about the penalty or the waiver or need assistance with calculating your estimated tax or withholding, contact your Zinner tax professional.