The Bureau of Workers’ Compensation (BWC) has announced a proposal to provide Ohio employers with a $1.5B rebate.  This rebate comes as the result of stronger than expected returns on investments.

The BWC stated they earned $1.3B in net investment income in 2018, which represents a 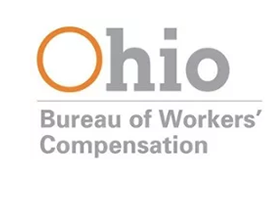 This rebate comes on the heels of a nearly 20% cut in premiums announced in February 2019, that is set to go into effect on July 1, 2019. The agency’s strong investment performance, combined with fewer and smaller claims, enabled the BWC to pass the savings back to Ohio’s employers. These effective rates are the lowest they have been (as a percentage) in over 40 years.

In a statement, Governor DeWine said the money "will help Ohio employers expand their businesses, create jobs and invest in capital improvements. Ohio's economy is strong, and this proposal reinforces our goal of creating more jobs in the state."

BWC’s board of directors will vote on the proposed rebate at their meeting on June 28, 2019. If the proposal is passed, the BWC would begin issuing rebate checks in September.

Have questions about your organization’s worker’s compensation premiums or how you might save on other insurance-related expenses? Contact one of our Zinner professionals today.