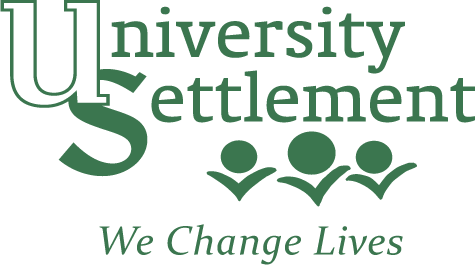 For the past 94 years, University Settlement, a 501(c)(3) nonprofit, has provided much needed social services to the residents of the Broadway-Slavic Village neighborhood.

They have been the main social services provider to the community and have followed their mission: To offer the individuals and families they serve the resources by which they can learn, grow and thrive. 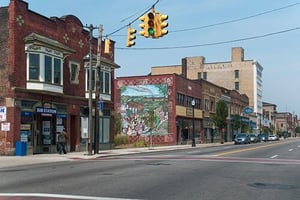 As the not-for-profit nears its 100th anniversary, it is looking to redefine a once proud ethnic neighborhood, where many Polish and Czech immigrants and their children used to call home.

Since the 1960s, the area has seen a steady decline, with the downward spiral finally hitting rock bottom during the Great Recession.

In 2007, Slavic Village made national headlines as the epicenter of the nationwide foreclosure crisis. The zip code 44105 (one of two zip codes within Slavic Village) had the highest rate of foreclosures in the U.S. By November of that year, 783 homes had been foreclosed, with many others in the process of foreclosure.

Surrounded by rotting houses, many of the residents within this community could not leave.

Sadly, while the neighborhood with zip code 44105 was making the news for foreclosures, the other portion of Slavic Village with the zip code 44127 was ignored, despite the fact the 44127 area is more economically distressed than 99.5 percent of all other zip codes in the U.S.

Prior to the pandemic hitting, Slavic Village residents had a poverty rate of 42 percent and a child poverty rate of 62 percent. Roughly 23 percent of the those living within the community are living in deep poverty, attempting to make ends meet on an income of about $6,000 a year or $14 a day.

The neighborhood has a population estimated at 22,000 and about 54 percent (12,000 people) rely on the help of University Settlement.

Earl Pike, Executive Director of University Settlement, said the community is crying out for help and his organization is doing its best to help residents. 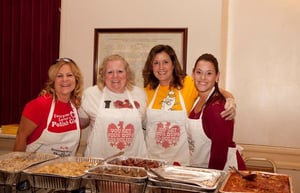 University Settlement has many programs that are divided into four main categories: Community Programs, Family Programs, Youth Programs and Senior Programs. All these work hand-in-hand to address needs of individuals in the Slavic Village neighborhood and to serve the residents in the best way possible.

From feeding the hungry, to providing adult wellness, after school programs, summer camps programs to strengthen families, programs to encourage and support fatherhood and more, the non-profit will meet with people and walk with them on the steps of their journey.

In one of the poorest areas in the U.S., the services provided by University Settlement are imperative to the well-being of the residents.

A vital component to Slavic Village, the nonprofit was hit hard by the coronavirus pandemic.

“We have a staff of 43 and at our low point it was 15, but we never shut down,” Pike said. “So many of the residents are isolated and do not connect with the world. We delivered hot meals to seniors and for some seniors, their only interaction with a person was a friendly wave from the person delivering their food. All of our other programs went online.” 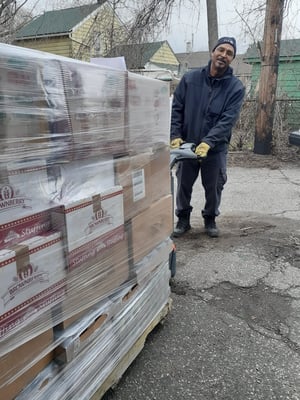 According to Pike, their food pantry gave out more food in March than in any other month in their history.

“We did all of this while our staff was going through many of the same things as members of the community. Some were dealing with a spouse losing a job or reduced income, while facing the threat of the virus,” Pike added.

Recently, they hastily organized a drive through trick-or-treat to make sure the neighborhood’s children would be able to get some Halloween candy.

Yet, despite the adversity, they are seeing rays of hope.

“People have been giving until it hurts,” said Pike.

While the 12th annual Taste of Slavic Village fundraiser was forced to go online, University Settlement was able to raise just under $95,000.

“In total, we netted more than last year due to fewer expenses,” Pike added.

The results of the online fundraiser will hopefully bode well for University Settlement, which quietly launched the public portion of their most ambitious campaign.

A few weeks ago, they held a formal groundbreaking ceremony for Slavic Village Gateway, a $20 million mixed-use development comprised of 88 affordable apartments and townhomes and 20,000 square-feet of commercial space that will become the new home and programming space for University Settlement.

This first-class facility will allow University Settlement to improve operations, efficiency and service delivery in a setting to give hope to those they serve.

The project is located on the site of the former St. Alexis Hospital, which was vacated and demolished in the early 2000s. It represents the most significant private investment in the North Broadway area of Slavic Village in over a decade, perhaps longer.

Pike believes the new facility will have a significant impact on the lives of area residents by creating first class physical places and spaces for residents to live, gather and grow.

The building will be LEED Silver certified and constructed under a Community Benefits Agreement (CBA).

They wanted a Community Benefits Agreement in order to help minority contractors get as much work as possible on the project.

Pike said the new building will be a mixed-income, mixed-used property. He foresees tenants including young professionals, current area residents, retirees – a true representation of the community. 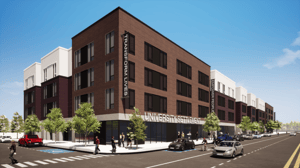 The apartments and townhouses will provide children with the opportunity to a healthier life.

As part of the project, University Settlement will abate all lead in the surrounding homes.

This initiative will help prevent future cases of lead poisoning, in some children, but will not eliminate the problem in the community.

The overall cost of the project is $20 million, with general contractor NRP Group owning and operating the second, third and fourth floors. University Settlement will own and operate the first floor. Cost of construction, plus a building/repair fund and an operating reserve push the cost of their portion of the project to $5 million.

Currently, University Settlement has raised just over $2.7 million. They need to raise the additional $2.3 million by the end of 2021.